The ABCs of Architects

The ABCs of Architects

It starts with a vision, a concept. A feeling that you have. An emotion. Architects are artists whose medium is the world. Their doodles are brilliant sculptures. Their napkin sketches become playgrounds and museums. Their great works withstand the test of time and outlast us all.

Netfloor USA makes cable management access floor and plug and play electrical distribution systems. This helps architects and interior designers hide the physical networking and electrical infrastructure, freeing them to design a building the way they have envisioned it. This running article hopes to highlight some of the world's top architects, past and present, to showcase some of the design genius that many bystanders take for granted. 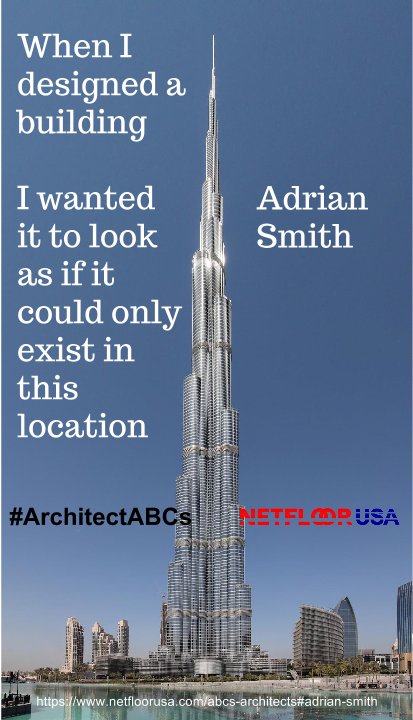 When I designed a building, I wanted it to look as if it could only exist in this location

Well-known for his amazing work on the Burj Khalifa, Adrian Smith is one of the most pre-eminent architects of the 20th and 21st Centuries. Smith attended Texas A&M University, pursuing a Bachelor of Architecture while being involved with the Corps of Cadets. However he did not graduate, and instead left A&M to work at Skidmore, Owings and Merrill (SOM) in 1967.[1] He finished his education at the University of Illinois, Chicago and graduated in 1969. In 2013 Adrian was presented with an Honorary Doctorate of Letters Degree from Texas A&M University.

Read more on Adrian Smith on his company's website. 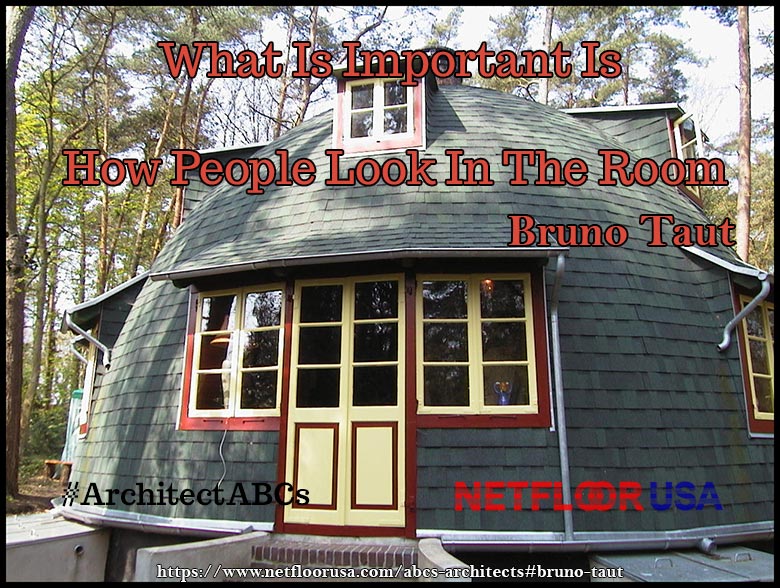 How The Room Looks Is Not Important. What Is Important Is How People Look In The Room.

Bruno Taut was a German architect of Jewish ancestry, born in 1880. Bruno Taut was well known for thousands of residential designs, as well as institutional designs like universities and government buildings and grandiose urban planning.

Taut saw what was happening in Germany prior to WWII, and was able to leave the country fairly early on, in 1933. Bruno Taut was a proponent of the then-modern movement of Expressionism. In 1921, Taut was appointed the chief architect of Berlin, where he was heavily involved in urban planning and design projects.

Questions, Need Pricing or Have Comments?